E-Mail
I want to receive news on my email
Poll
What do you think of Iran on trip website?
Behbehan and Zohreh plain 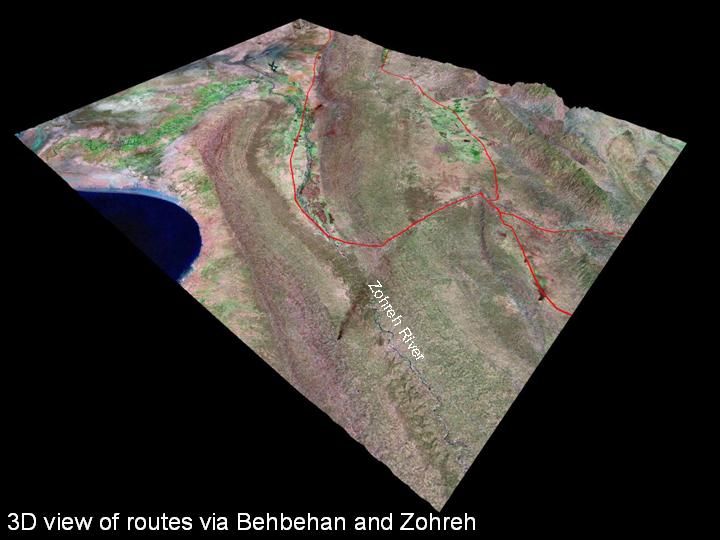 24) Behbehan and Zohreh provide two options for access from Susiana and Shushtar into the highlands: - the Behbehan Plain lies further inland, while the Zohreh plain is closer to the Persian Gulf, as can be seen above. It is likely that before 2000 BC, the Persian Gulf shoreline was somewhat different to what it is today.

25) Each of the two plains is watered by several rivers, and these create a limited area of cultivable land that can support settlement and agriculture. 26) Although the the Behbehan and Zohreh plains are separated by a barren ridge, movement between them is made possible via a pass following the Khairabad River. A survey undertaken by Reinhard Dittman showed that there were various sites in the two regions dating to the 5th millennium BC (Dittman 1984). 27) Most of the cultivable parts of the Behbehan Plain lie to the northwest of Behbehan city, which is visible towards the bottom of the image. The largest ancient site in the region is known as Arjan, and the discovery of a Neo-Elamite/early Achaemenid grave close to the site has been used as evidence to suggest that Arjan was the capital of the Elamite province of Hidalu (Stronach 2003).  Others have suggested that this was the location of the province of Huhnur (e.g. Duschene 1986). 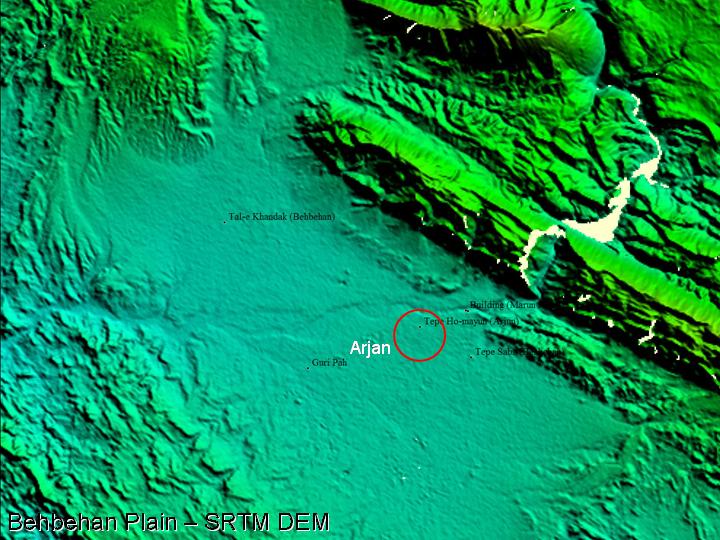 28) Interestingly, the site of Arjan is not easily visible on the SRTM digital elevation, as it is preserved in low relief. The Behbehan region was visited in 2002 by a survey team including Mr. Kourosh Roustaei of the ICAR/ICHTO and Professor Daniel Potts, Dr. Lloyd Weeks and myself representing the University of Sydney. Some of the sites that we visited in the Behbehan region are labelled above, including Tepe Sabz, excavated by a German team in the 1970s (Dittman 1984), and Guri Pah, which was visited by Sir Aurel Stein (1940)