E-Mail
I want to receive news on my email
Poll
What do you think of Iran on trip website?
Sun Palace-Kakh e khorshid Kalat- Ghasr e Khorshid The Sun Palace is located in Khorasan Razavi province and is from the time of Nader Shah Afshar. It is believed to have been home to the royal family although it seems unlikely anyone actually lived there prior to Nader Shah’s death. In the center of this palace there is a tower enhanced with fire architectural designs. The facade of this palace is cylindrical, built of black marble. The palace stands 20 meters high and contains 12 rooms decorated with paintings and ornamental works such as plaster moldings. This palace was built in 1740 and sits on top of a tomb from the Ilkhanid period. Its facade work was left unfinished due to Nader Shah’s sudden death. The main area of the structure is founded on an octagonal ground floor 34 meters wide and raised 4 steps high with a terrace constructed on each side. 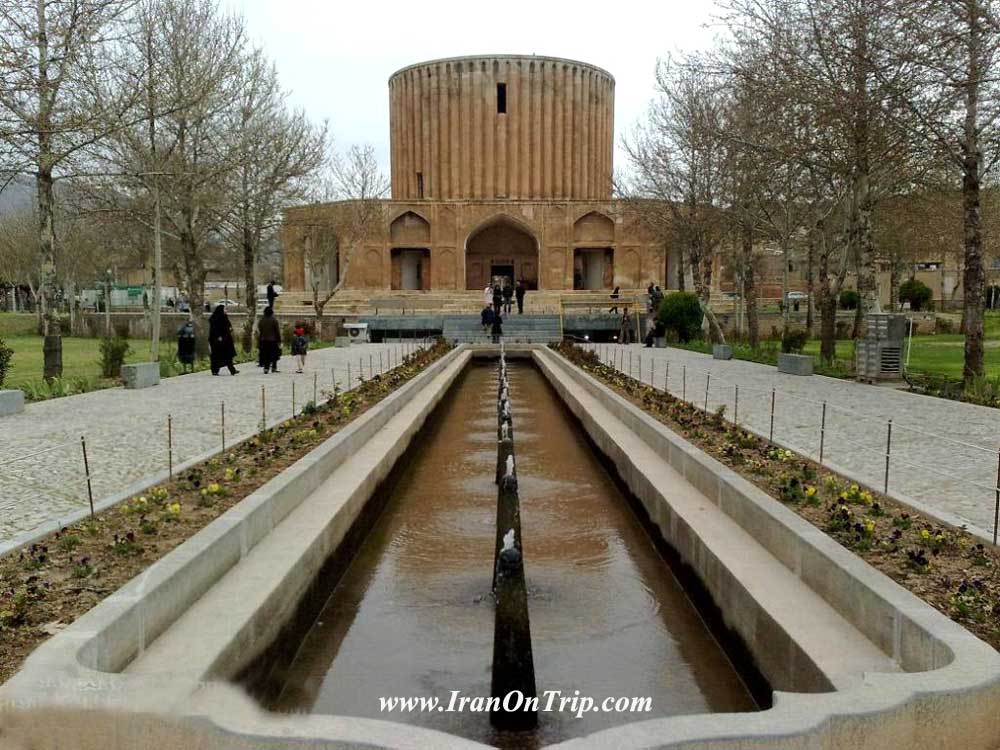 The external facade is decorated with stones and images of vases, flowers, leaves and fruits in 3D form and have been painted in non-native style. Judging by the depictions of fruits such as bananas, pineapples and mangos on the walls, the structure is possibly the work of Indian artists. These paintings are left unfinished, because of the unclear state of affairs after the death of Nader Shah. The internal area is adorned with attractive paintings on plaster and a cornice on the dome, in gold, with the date of 1740 and a verse of Quran, which reinforces the notion of it being a tomb.

The site consists of the cellar, the floor level and the cylindrical tower supported by 66 columns. The cellar is the largest and contains 8 connecting rooms. Some argue that these rooms were home to Nader Shah’s rare treasures while others believe prisoners were kept there. The floor level consists of one large central open area and small smaller side rooms. Regardless of its original function, evidence suggests that during the early Qajar era it was used as a residential headquarters. In fact it can be seen that some of the Safavid artwork had been hastily plastered over with Qajar style art replacing them. The surrounding garden stretches 168 meters long and 122 meters wide and contains 8 pools with connecting streams and fountains.

For a lengthy stretch the Sun Palace had gone through unfortunate circumstances. In addition to gradual and natural deterioration, the surrounding gardens had not only been neglected but had also become the target of construction work. Today the structure has been renovated and the surrounding garden has been restored, although many of the older trees have been removed. It is currently being utilized as a museum of anthropology. 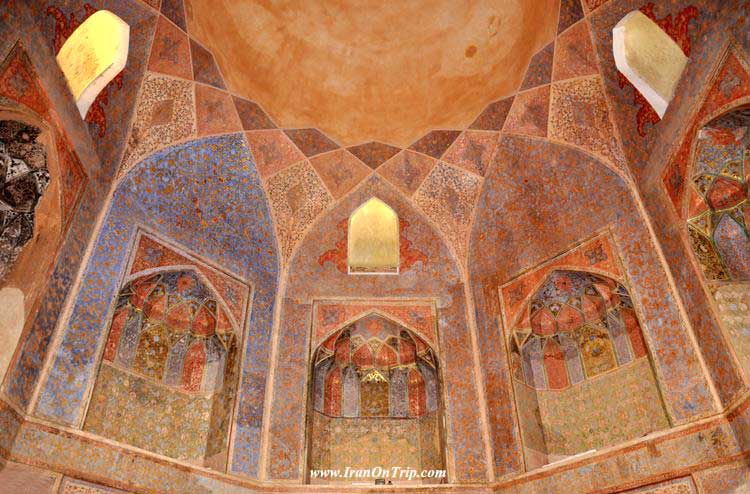