E-Mail
I want to receive news on my email
Poll
What do you think of Iran on trip website?
Kerman Baq-e Gonbad Sabz ( Darvazeh Kashan ) 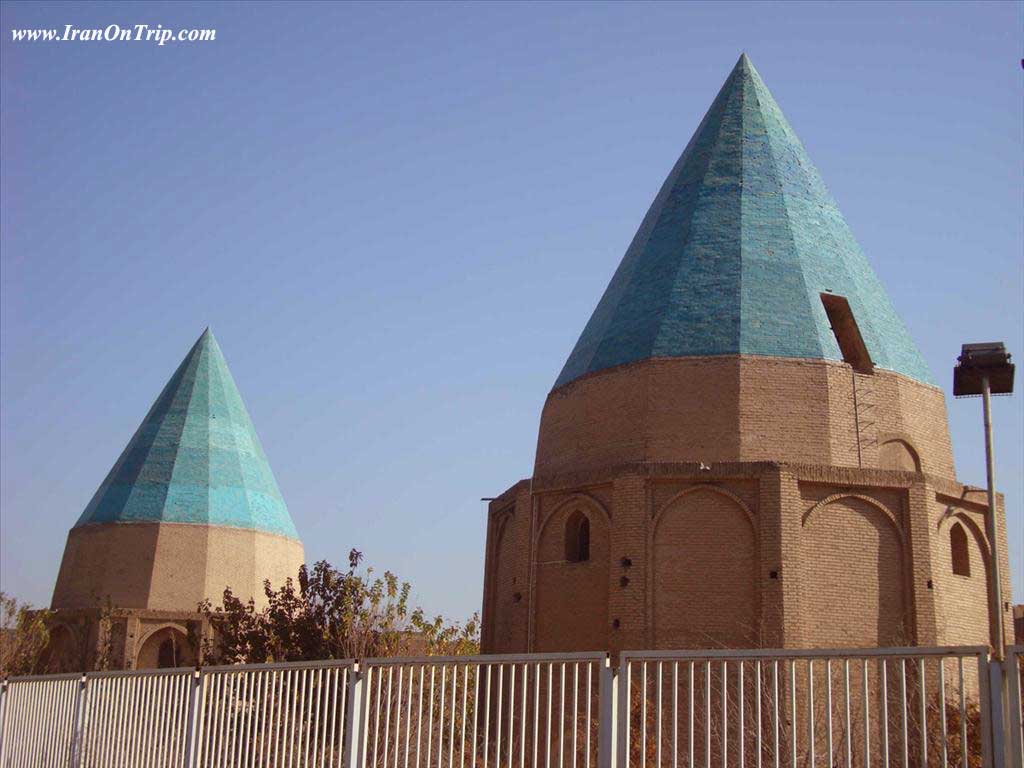 In the vicinity of the 'Baq-e-Gonbad Sabz', which is a small garden to the east of the city, are three relics dating to the 8th century AH. This vicinity is reputedly known as Darvazeh Kashan and so too its domes. According to inscriptions two of these are the tombs of ancient commanders from the Ali Safi household in the 8th century AH., and the third dome is also of the same period according to historical records. The inhabitants of Qom take these three structures to be the tombs of Sa'ad, Saeid and Masoud', great Arab personalities, who enlivened Qom in the Islamic era.
The main characteristics of the three domes are as follows:
The mausoleum of Khajeh Aseeleddin, which is in the southern most dome of the garden. The structure is a regular 12-sided one with decorative ceilings on all sides. There is a beautiful inscription in embossed 'Tholth' script. According to this epigraph two personalities have been laid to rest here, one being Aseeleddin of the Safi household or family, and the other his offspring Khajeh Ali Aseel, who was once the ruler of Qom. 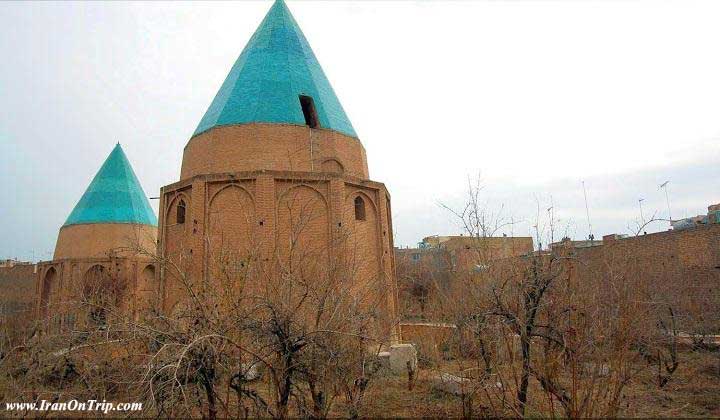 The tomb of Khajeh Ali Safi, which lies between the two other domes is that of the second in command in the Safi household. The structure externally is a 12-sided one, each with adorned ceilings. Here three persons have been laid to rest, one being Khajeh Jamaleddin Ali, a political and social figure of Iraq (8th century), and the other, a member of the Safi family by the name of Amir Jalaleddin, and the third Khajeh Emadeddin Mahmood Qomi, who was in charge of affairs around Qom till the year 791 AH.
The northern dome which is an octagonal structure, lies to the north of the two structures, and due to its demolished epigraph, the owner of the tomb is unknown.