E-Mail
I want to receive news on my email
Poll
What do you think of Iran on trip website?
Kerman Historical Caravansaries 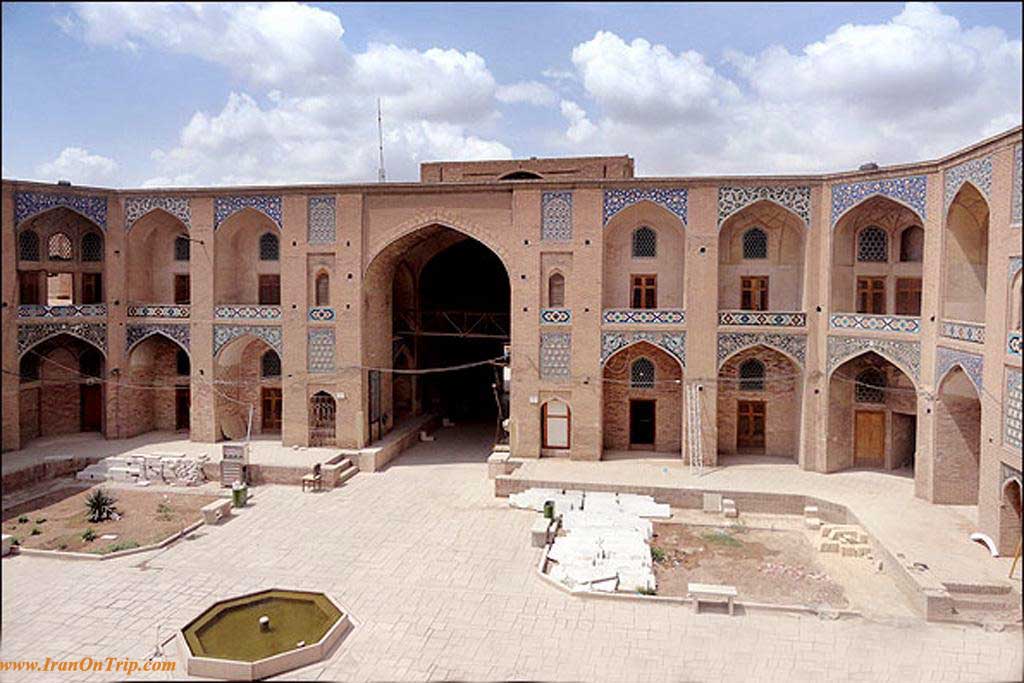 Historical Caravansaries
The caravansaries of Iran are relics from the past and display a traditional architecture of the times. These structures besides being temporary resting areas or similar to inns for weary travelers, were also a political, economical and social axis. Alike the other provinces of Iran, the Province of Kerman too, has its own share of this valuable and historical vestige.

Golshan Inn
This structure is situated in the Ekhtiyari Bazaar. The ground floor has 50 chambers, whereas the upper floor comprises of 37 chambers. The same was repaired in the year 1370 A.H.

Hindu Caravansary
This double storied caravansary was constructed by Haj Seyed Javad, the Friday prayer leader of the time, in the year 1771 A.D. It was named due to presence of Indians and their activities during the Qajar reign. There is a relic of a Hindu Temple with its original architecture to the north of this caravansary which comprises of two sections.

Lahafdooziha Caravansary
The same is also known as the Deymari Caravansary and is situated alongside the bazaar. This caravansary has 12 chambers which are utilized by quilt makers. The said caravansary dates back to approximately a century.

Mirza Hassan Caravansary
It is one of the oblong caravansaries of Kerman, which is a two storied structure. This traditional caravansary has 55 chambers. One of its entrances lead to the gold smith section of the bazaar, and the other two entrances give way to other parts of the bazaar.

Vakil Caravansary
This double storied traditional caravansary is located in the Vakil Bazaar of Kerman. Its construction began under the orders of Mohammad Esmail Khan Vakil-ol-Molk, and was completed in the times of Morteza Qoli Khan in the year 1287 A.H. Eighty one chambers were constructed on the ground floor, and thirty nine on the upper floor. The structure is adorned with plaster and tile works.