E-Mail
I want to receive news on my email
Poll
What do you think of Iran on trip website?
Khorasani Kurds Tribes in Iran 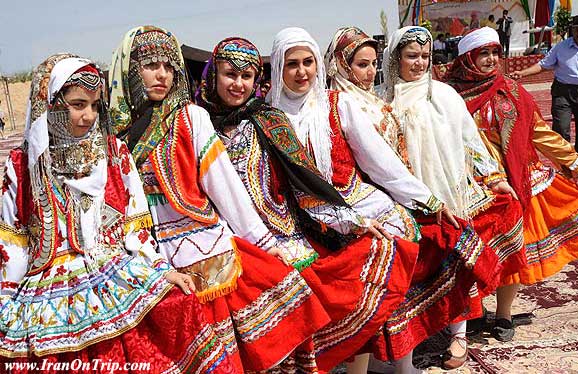 Kurdish tribes forced to move to Khorasan region / North-east of Iran during Safavian Dynasty about 1598 AC (or 1602 AC according to some texts),
By the beginning of the 16th century, the Shiite Safavid (Iranian) Empire had emerged as a rival to the Ottoman Empire. The Kurds found themselves in the middle of the territories claimed by the Sunni Turkic Ottomans and the Shiite Persian Safavids. The two empires fought at the Battle of Chaldiran in 1514 AC, where the Ottomans defeated the Safavid Shah. The result of the battle established a boundary between the two empires that split the Kurds between Turkic and Persian empires.

About more than 60,000 Kurdish families and tribes forced to move to Khorasan region / North-east of Iran during Safavian Dynasty 1602 AC, and the reason for that was purely political. They were sent to Khorasan in order to defend the province from attacks by Uzbek and Kazakhs warriors, and also to weaken the Kurds in Kurdistan which their democratic demands were not in line of ruling tyrant. Kurds who are considered to be very determined and jingoistic people by nature did the job and pushed the warriors back to where they belong to and consequently the politic of Shah abbas Safavi had worked to perfection by using Kurds in order to preserve the integrity of the country and his ruling at the time. Therefore, Khorasani Kurds have rescued Iran from foreign occupation and continued to do so
Currently about 1.5 million Kurds are living in Khorasan (60% in villages, 35% in Cities and 5% as Nomadic migrants people / koçberî), the most majority of them talks in Kormanji dialect of Kurdish language
In Northern Khorasan (with total population of 850.000); the population of Kurds is about 70% of the Province (about 595.000), Turks (who are the remnant of Uzbeks and Kazaks invaders of Iran, 16 Centaury) about 18% of the Province (about 153.000), Fars about 7% of the Province (about 60.000), and Turkmen is about 5% of the Province (about 45.000) who are in Jargalan rural district / border with Turkmenistan. About 500.000 Kurds live in the west and Northwest of the Razavi Province. About 13 to 15% of Mashhad population (Capital of Razavi Province, with the population of about 3.000.000) is Kurds, which in figure becomes about 400.000 as estimates. The total population of Kurds in Khorasan is about slightly more than 1.5 million

The main Kurdish Cities in Khorasan are: Quchan, Shirvan, Esfarayen, Bojnurd, Kalat, Layeen, Daregaz & doroongar, Faroj, Bajgiran, Chenaran, Ashkhane, Mane-u-Similqan, Joveyn, Raz, Radkan, northern part of Sabzevar, also there is a large number of Kurds who live in Mashhad (7, 8, 12).
They are forgotten deliberately as they are separated from their homeland Greater Kurdistan for more than 400 years. It is needless to say that the lack of state investment has left the area in destitution, undeveloped with no prosperity; about 23% of Kurds in Khorasan are completely illiterate especially nomadic immigrants. Khorasani Kurds are not allowed to be educated in their own mother language, and the regional ruling officialdom is not from khorasani Kurds. There should be no organised Kurdish political, cultural, educational and civic centres or forums to improve and modernise the Kurdish culture, language and social affairs which is their logical basic civil rights. Khorasani Kurds does not have any radio or TV station in their language. Kurdish leaders, intellectuals and writers are prosecuted, insulted, oppressed and jailed