E-Mail
I want to receive news on my email
Poll
What do you think of Iran on trip website?
Shiraz Azarakhsh Fire Temple 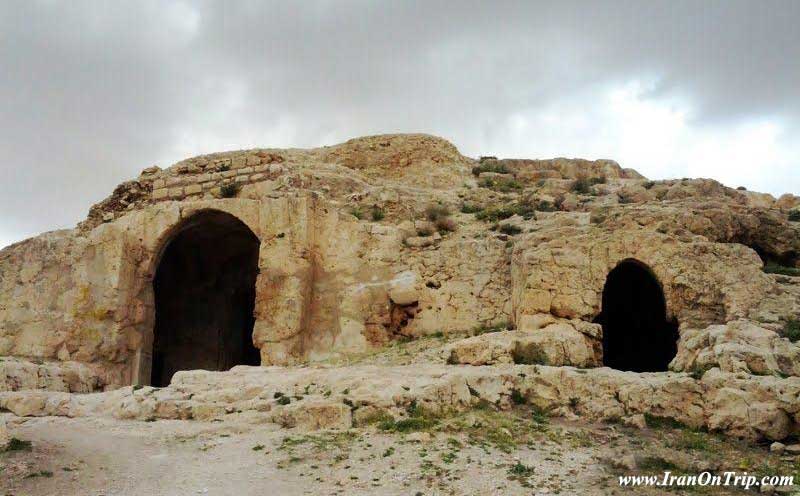 The Azarakhsh Fire Temple is located at the foot of the mountains in Fars province approximately 5 kilometers southeast of Darab city. Some scholars believe that the Azarakhsh Fire Temple was initially a temple of Aryan Mehr worshipers and was converted to fire temple in the Sassanid era. In the lunar year of 652, during the time of Mohammad Hassan Mobarez, an alter was added to the Fire Temple, and from then onwards this structure was converted into a mosque. Today it is referred to as the Stone Mosque.
The Fire Temple has an amazing structure with cross shaped façade and a corridor around it. It spans 420 square meters and has been carved into the mountain stones. Part of the ceiling of this structure is open and there is a shallow pool under it. The structure is almost a square with its longest side spanning 20 meters long and the adjacent sides 18 meters each. Outside the Fire Temple a small room is situated, also carved into the mountain, and seems to have been for the guardian of the Fire Temple. Entering this room one descends three stairs and reaches a room 8 meters long.
Based on the remains it appears that its construction was initiated by carving the mountain downwards (similar to a well) starting around the area of the open end ceiling. Once deep enough, it was expanded horizontally in all four directions into its current shape. At the entrance is a small porch and surrounding the main structure is a portico. The entrance is sandwiched in between two columns that are carved in and connected to the wall housing the entrance. Most of the ceilings are curved similar to what can be seen in various Iranian structures. There are various inscriptions on the structure, one of them directly above the altar. Due to natural deterioration, most of the inscriptions are no longer legible.
Close to the Azarakhsh Fire Temple a stone mill with unique architecture was built inside the mountain. This mill has two huge stone furnaces which allow water entry to the mill. 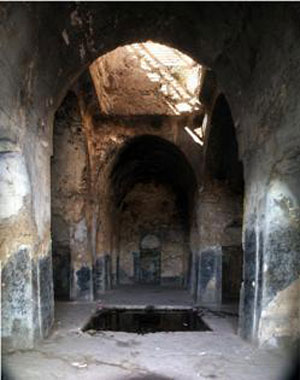