E-Mail
I want to receive news on my email
Poll
What do you think of Iran on trip website?
Naqsh-e-Shapour Engraving, Kazeroon 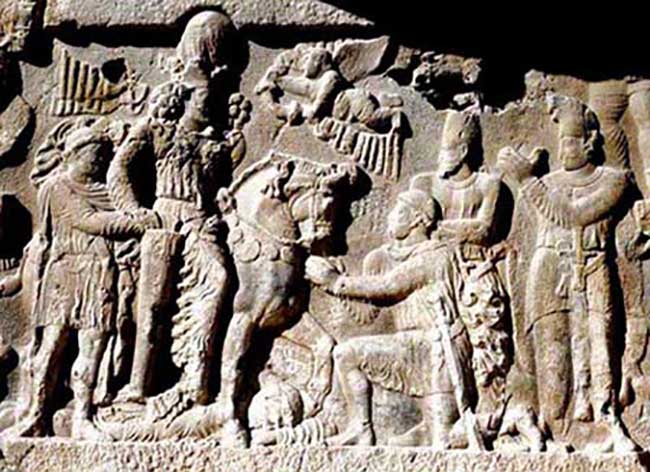 It has remained as a part of a thriving city. The ruins of Shapour exists in the Chogan Valley, a few kilometers away from Kazeroon. In the Chogan Valley, on the precipice of the mountain and on both sides of a river, many carvings can be distinguished:
Two men on their horses standing face to face and a third person bending on his knees stretching his hands as though begging for forgiveness.
It seems to be an impression of Shapour on a horse , with curly hair and a crown of a monarch. Above Shapour's head there is an angel with a horn. On two sides of the carvings, are two arches, in each of which three people are encarved. It seems that Shapour is apparently receiving people with gifts for him.
This shows Shapour with two armed soldiers on their hores. One of them is giving a ring to the other.