E-Mail
I want to receive news on my email
Poll
What do you think of Iran on trip website?
Tehran Glassware & Ceramic Museum, Abgineh Museum 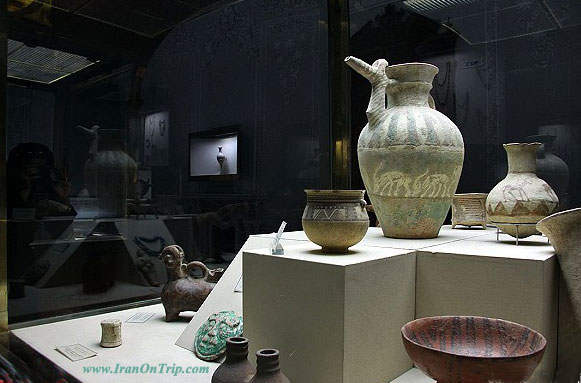 The premises that have been turned into museum where glass and clay works are on display were built about 90 years ago upon orders of Ahmad Qavam (Qavam-ol-Saltaneh) for his personal lodging (residence and working office). The building is situated in a garden with a span of 7000 square meters and was used by Qavam himself till the year 1953.Later, the building were sold to the Egyptians as the new premises for the embassy of Egypt and remained in their possession for seven years. When relations were strained between Iran and Egypt at the time of Abdul Nasser and subsequent to the closure of the Egyptian embassy in Iran, the Commercial Bank purchased the building.However, it was sold to Farah Pahlavi’s bureau in 1976 and was turned into a museum by three groups of Iranian, Austrian and French architects. The museum was opened in 1980 and was registered in the list of national heritage in 1998.The main establishment of the museum that occupies an area of 1040 square meters is a two-storey octagonal building with suspended pillars and a basement. It is situated on the entrance side of the premises. The architectural style of the building is a combination of the traditional Iranian style and the European architecture of the 19th century.The first floor is connected to the second one through wooden steps in Russian style. Prior to the time when the building was transferred into the Egyptian embassy, the entrance of the museum was doomed-shaped but was later flattened.Parts of the walls in the basement are decorated in traditional style with big tiles. Double windows have been used in the architecture of the building instead of terrace and wooden doors have been installed behind the windowpanes in order to regulate the light and temperature of the interior of the building. The exterior and interior of the museum comprise such decorations as brick works, plaster works, mirror works and inlaid works.The collection of glass and clay works that are on display at the museum is among the rare collections in Iran. It comprises clay pots dating back from the 4th millennium B.C. up to the present time as well as glass works from 1st millennium B.C. up to the contemporary era. European glass works belonging to the 18th and 19th centuries are also parts of the collection. The collection is on display in six halls and two entrance halls in separate sections depicting different historical eras and subjects.
Type of museum: Artistic
Type of objects: Glass and Clay works
Affiliated to: Iranian Cultural Heritage Organization
Address: No. 75, 30 Tir St., Jomhouri Ave. Tehran, Iran.
Tel: +98-21-670 8163-4
Fax: +98-21-670 5614
Opening times:
Every day of the year except Mondays and Religious Holidays.
Visiting Hours in Spring & Summer -21 March to 21 September:
Tuesday, Wednesday, Thursday, Friday, Saturday & Sunday 9:00 to 18:00
Visiting Hours in Autumn & Winter -22 September to 20 March:
Tuesday, Wednesday, Thursday, Friday, Saturday & Sunday 9:00 to 17:00
From 9:00 to 12:00 and from 13:00 to 18:00