E-Mail
I want to receive news on my email
Poll
What do you think of Iran on trip website?
The Saint Tatavous Monastery or the Ghara Kelissa 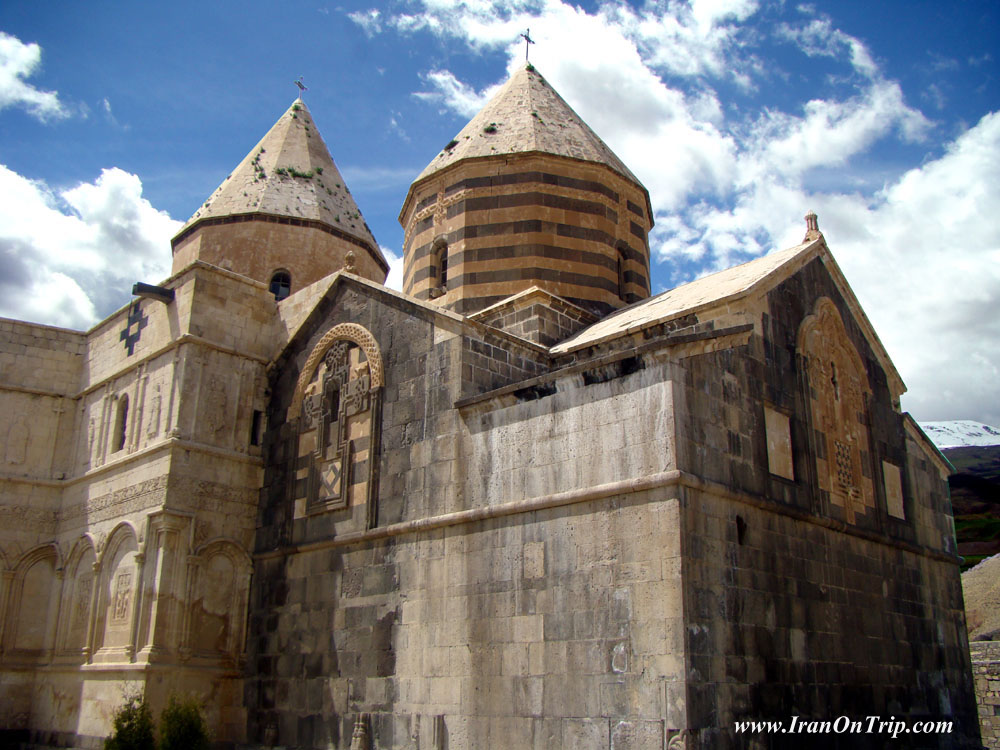 Initially, this church comprised of a small hall with a pyramid- shaped dome on the top and 12 crevices similar to the Islamic dome-shaped buildings from the Mongol era. The difference was that the church dome was made of stone. The main part of this pyramid structure followed Byzantine (Eastern Roman) architecture, including the horizontal and parallel fringes made of white and black stones in the interior and black stones on the exterior facing.
Since the facade is dominated by black stones, the church was formerly called the Ghara Kelissa (or black monastery) by the natives. During the reign of the Qajar ruler, Fathalishah, new structures were added to the Saint Tatavous church upon the order of Abbas Mirza, the crown prince, and the governor of Azarbaijan. The renovations resulted in the enlargement of the prayer hall and the small old church was converted into a prayer platform, holding the altar, the holy ornaments and a place where the priest could lead the prayers. The bell tower and the church entrance were situated at one side of the new building, but unfortunately, this part remained unfinished.
Meanwhile, due to border skirmishes and other political disturbances in the area during the succeeding periods, the church was abandoned and ruined. Some minor repairs have been carried out in recent years. Each year, during a special season (in the summer), many Armenians from all parts of Iran travel to this site for prayer and pilgrimage. They come by jeeps or trucks after crossing a very rough mountainous passage. They flock around the church, stay for a few days and perform their religions ceremonies. For the rest of the year, however, the church remains deserted in that remote area.
The additions made to the Saint Tatavous church on the order of Abbas Mirza consist of embossed images of the apostles on the facade and decorations of flowers, bushes, lion and sun figures and arabesques, all of which had been done by Iranian craftsmen. The architecture of the church interior is a combination of Byzantine, Armenian and Georgian designs. Beside the large church, special chambers have been built in the yard to shelter pilgrims and hermits.