E-Mail
I want to receive news on my email
Poll
What do you think of Iran on trip website?
Iran 7000 years civilization 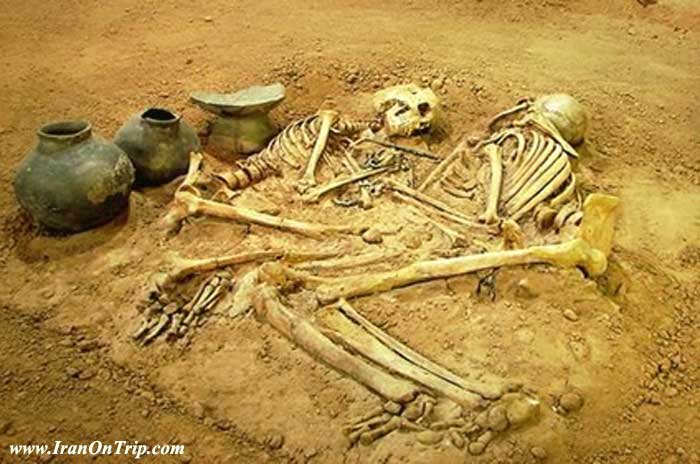 The earliest archaeological artifacts in Iran were found in the Kashafrud and Ganj Par sites that date back to Lower Paleolithic. Mousterian Stone tools made by Neanderthal man have also been found. There are also 9,000 year old human and animal figurines from Teppe Sarab in Kermanshah Province among the many other ancient artifacts.There are more cultural remains of Neanderthal man dating back to the Middle Paleolithic period, which mainly have been found in the Zagros region and fewer in central Iran at sites such as Shanidar, Kobeh, Kunji, Bisetun, Tamtama, Warwasi, Palegawra, and Yafteh Cave. Evidence for Upper Paleolithic and Epipaleolithic periods are known mainly from the Zagros region in the caves of Kermanshah and Khoramabad.

In the eighth millennium BC, agricultural communities such as Chogha Bonut (the earliest village in Susiana)  started to form in western Iran, either as a result of indigenous development or of outside influences. Around about the same time the earliest known clay vessels and modeled human and animal terracotta figurines were produced at Ganj Dareh, also in western Iran. The south-western part of Iran was part of the Fertile Crescent where most of humanity's first major crops were grown, in villages such as Susa (now a city still existing since 7000 BC) and settlements such as Chogha Mish, dating back to 6800 BC; there are 7,000 year old jars of wine excavated in the Zagros Mountains (now on display at The University of Pennsylvania) and ruins of 7,000 year old settlements such as Sialk are further testament to that. The two main Neolithic Iranian settlements were the Zayandeh Rud River Civilization and Ganj Dareh.

Dozens of pre-historic sites across the Iranian plateau point to the existence of ancient cultures and urban settlements in the fourth millennium BC, One of the earliest civilizations in Iranian plateau was the Jiroft Civilization in southeastern Iran, in the province of Kerman. It is one of the most artifact-rich archaeological sites in the Middle East. Archaeological excavations in Jiroft led to the discovery of several objects belonging to the fourth millennium BC, a time that goes beyond the age of civilization in Mesopotamia. There is a large quantity of objects decorated with highly distinctive engravings of animals, mythological figures, and architectural motifs. The objects and their iconography are unlike anything ever seen before by archeologists. Many are made from chlorite, a gray-green soft stone; others are in copper, bronze, terracotta, and even lapis lazuli. Recent excavations at the sites have produced the world's earliest inscription which pre-dates Mesopotamian inscriptions.

There are records of numerous ancient civilizations on the Iranian plateau before the arrival of Iranian tribes from Central Asia during the Early Iron Age. One of the main civilizations of Iran was the Elam to the east of Mesopotamia, which started from around 3000 BC. The Jiroft culture occupied southeastern Iran and may have existed as far back as 3000 BC The Early Bronze Age saw the rise of urbanization into organized city states and the invention of writing (the Uruk period) in the Near East. While Bronze Age Elam made use of writing from an early time, the Proto-Elamite script remains undeciphered, and records from Sumer pertaining to Elam are scarce.
Records become more tangible with the rise of the Neo-Assyrian Empire and its records of incursions from the Iranian plateau. As early as the 10th and 9th century BC early Iranian peoples speaking arrived on the Iranian plateau from Central Asia (Bactria-Margiana Archaeological Complex) and/or via the Caucasus. The arrival of Iranians on the Iranian plateau forced the Elamites to relinquish one area of their empire after another and to take refuge in Susiana, Khuzistan and nearby area, which only then became coterminous with Elam. By the mid 1st millennium BC, Medes, Persians, Bactrians and Parthians populated the Iranian plateau.

In 646 BC The Assyrian king Ashurbanipal sacked Susa, which ended Elamite supremacy in the region. For over 150 years Assyrian kings of nearby Northern Mesopotamia were seeking to conquer Median tribes of Western Iran.Under pressure from the Assyrian empire, the small kingdoms of the western Iranian plateau coalesced into increasingly larger and more centralized states. In the second half of the 7th century BC, the Median tribes gained their independence and were united by Deioces. In 612 BC Cyaxares, Deioces' grandson, and the Babylonian king Nabopolassar invaded Assyria and laid siege to and eventually destroyed Nineveh, the Assyrian capital, which led to the fall of the Neo-Assyrian Empire.The Medes are credited with the foundation of Iran as a nation and empire, and established the first Iranian empire, the largest of its day until Cyrus the Great established a unified empire of the Medes and Persians leading to the Achaemenian Empire (648–330 BC).

After his father's death in 559 BC, Cyrus the Great became king of Anshan but like his predecessors, Cyrus had to recognize Mede overlordship. In 552 BC Cyrus led his armies against the Medes and captured Ecbatana in 549 BC, effectively conquering the Median Empire and also inheriting Assyria. Cyrus later conquered Lydia and Babylon. Cyrus the Great created the Cyrus Cylinder, considered to be the first declaration of human rights and was the first king whose name has the suffix "Great". After Cyrus' death, his son Cambyses ruled for seven years (531-522 BC) and continued his father's work of conquest, making significant gains in Egypt. A power struggle followed Cambyses' death and, despite his tenuous connection to the royal line, Darius was declared king (ruled 522-486 BC).

Darius' first capital was at Susa, and he started the building programme at Persepolis. He rebuilt a canal between the Nile and the Red Sea, a forerunner of the modern Suez Canal. He improved the extensive road system, and it is during his reign that mention is first made of the Royal Road (shown on map), a great highway stretching all the way from Susa to Sardis with posting stations at regular intervals. Major reforms took place under Darius. Coinage, in the form of the daric (gold coin) and the shekel (silver coin) was introduced (coinage had already been invented over a century before in Lydia ca. 660 BC), and administrative efficiency was increased. The Old Persian language appears in royal inscriptions, written in a specially adapted version of cuneiform. Under Cyrus the Great and Darius the Great, the Persian Empire eventually became the largest empire in human history up until that point, ruling and administrating over most of the then known world. Their greatest achievement was the empire itself. The Persian Empire represented the world's first superpower. that was based on a model of tolerance and respect for other cultures and religions.