E-Mail
I want to receive news on my email
Poll
What do you think of Iran on trip website?
Kerman Zoroastrian Population 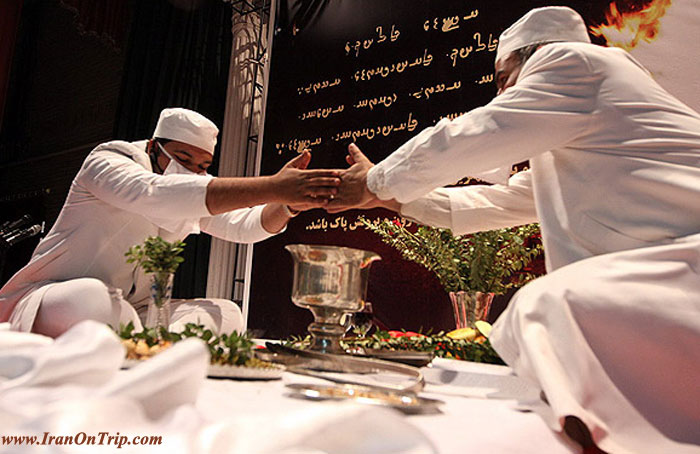 Kerman together with Yazd and Pars (Persia) became part of the Zoroastrian group of nations after the close of the Avestan canon, that is, the time when no further additions to the Avesta were made. Kerman could very well have received Zoroastrianism via Khorasan and Siestan rather than via Pars and Yazd. After the Islamic Arab invasion of Iran, Kerman and Yazd became the two provinces that continued to maintain significant numbers of Zoroastrians and therefore Zoroastrian neighbourhoods.
After the Arab invasion of Iran in 650 CE, many Zoroastrians from different parts of Iran sought refuge in the provinces of Yazd and Kerman seeking perhaps some safety in numbers. While many Zoroastrians from Parsa (Pars) and the northwest migrated to Yazd, Zoroastrians from eastern Iran migrated to Kerman. For instance, during Nader Shah's time (1736 -1747 CE), it is estimated that of the Zoroastrians in Kerman, 8,000 were from Khorasan and 2,000 from Siestan. By the time Maneckji Hataria arrived in Iran in the 1850s, he counted only 450 Zoroastrians (perhaps only those secure enough to declare their identity) in Kerman. Fifty years later in 1905, perhaps because of the efforts of Maneckji Hataria, Professor A. V. Jackson placed the Kermani Zoroastrian population at 2,400, and in 1975 their number was estimated at 2,000 by G. Windfuhr. Today, if the numbers of Zoroastrians in Kerman are decreasing, it is because of the steady migration to the capital city Tehran and to other countries.

Kermani Tuji Gahanbar
In addition to the six gahanbars / gahambars celebrated by Zoroastrians in general, the Kermani Zoroastrians celebrate an additional gahanbar called the Tuji Gahanbar. According to Bahman Noruziaan tuji means 'shared' or 'contributed to' and further that "Tuji Gahanbars are gahanbars that are organized by a segment of the community for various reasons and occasions." Bahman Noruziaan and Ardeshir Farhmand add that the Kermani Tuji Gahanbar's origins go back to the Second World War. The British and Russian occupation of Iran during the war caused food shortages. Food stuffs such as oil and flour were rationed and the quality of the food that was available, was very poor. Those Zoroastrians who had access to supplies of better quality foods distributed their good fortune to the other members of the community during the gahanbars. A Zoroastrian benefactor declared that at the end of the war, the community should institute another gahanbar in commemoration of the Zoroastrian spirit of sharing and the end of the war. The appointed day was Vahram (Bahram) day, Aspandmard (Spandmard / Spendarmaiti) month, March 5 of the Gregorian calendar. As with any gahanbar, the community members contribute food for consumption and distribution to the extent of their ability and desire at this Tuji Gahanbar which continues to be celebrated to this day. 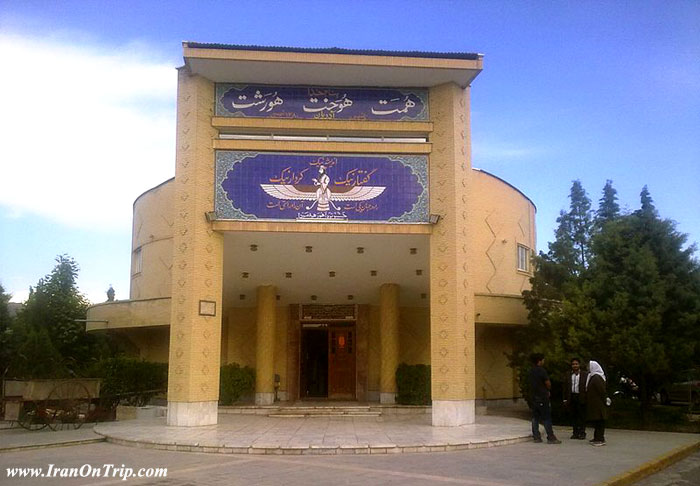 Kerman city has two fire temples of which we are aware, an old temple that houses a wood fire and a newer temple opened in 2001, and one that uses a gas fire. The newer temple was constructed about 350 metres from the older temple, and its construction was made possible by donations from Farzaneh Hormozyar Oshidari and Mahindokht Siavashian.In an unusual move the new temple and its inner sanctum has also become home to a anthropological museum devoted to Zoroastrianism (rather than a separate room) and the Kerman Zoroastrian Society's library. The museum was inaugurated during Jashn-e Tirgan in 2005. Among its display collection are different types of fire braziers and lanterns, women's clothing such as coats, dresses, headscarves and pants decorated with floral patterns, all some back 50 to 150 years old. The museum also displays manuscript hand-written in Germanic Gothic script, and published in 1828 CE or 1207 Khursheedi. One section preserves a collection of old photographs of the Zoroastrian Societies of Kerman and Rafsanjan, as well as individuals such as Arbab Khosro Shahrokh, Mirza Borzou Amighi, Keshvar and Pourandokht Khanom.