E-Mail
I want to receive news on my email
Poll
What do you think of Iran on trip website?
Sultanate of Rum (Saljūqiyān-i Rūm ) 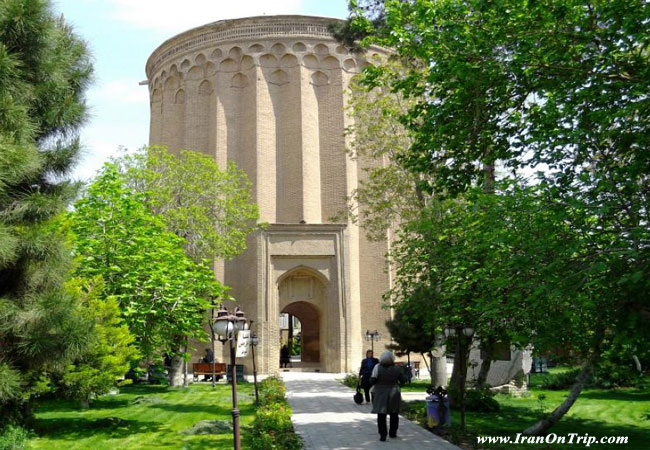 Borj-toghrul-Rey Tehran-Rey
The Turkish Dynasties
The Seljuqs
This period of successive Iranian dynasties came to an end with the appearance on the political scene of the Sunni Turks who had, until then, served as soldiers or military chiefs at the Persian courts. In 976, one of these military leaders took advantage of the weakening of Samanid power to proclaim his independence and to found the Ghaznavid dynasty (962-1186) in present-day Afghanistan. His son Mahmud (998-1030) took control of Sistan and Baluchestan to the west and the Punjab to the east.
But the Ghaznavids were unable to prevent the arrival of yet another powerful force , the eljuqs, a clan of Oghuzz Turks, who settled first in Transoxiana and latterly at Bukhara. Under the leadership of Toghrul Beg, who established himself at Neishabur in 1038, the Seljuq army overthrew the last Buyid ruler, capturing Isfahan (1051) and Baghdad (1055). The three great Seljuq rulers, Toghrul Beg(1038-1063), Alp-Arslan (1063- 1072) and Malik Shah (1072-1092), managed to create a centralized state with an efficient admin istration and a powerful army, thanks largely to the help of their vizier Nizam-al-Mulk (10201092). This brilliant administrator and author of a treatise on government, written for the use of princes, was also the founder of the Nizamiyeh or Madresseh, institutions for higher religious teaching which fixed the Sunni orthodoxy throughout the empire.
At the death of Malik Shah, the empire broke up and local dynasties were founded by provincial governors, particularly in Azerbaijan, Luristan, Pars and at Yazd. Khorassan recognized the suzerainty of the princes of Khwarezm (1153), a Turkish state in Central Asia which quickly occupied the whole of eastern Iran. In 1217, the Khwarezmi armies even reached as far as the Zagros Mountains but were never able to consolidate their conquests as by that time a new menace had appeared in Central Asia .

More about The Seljuqs
Your feedback is extremely valuable to us, and will be useful for others.
So let us to have your comments.