E-Mail
I want to receive news on my email
Poll
What do you think of Iran on trip website?
Lut Desert (the vicinity of Shahdad) 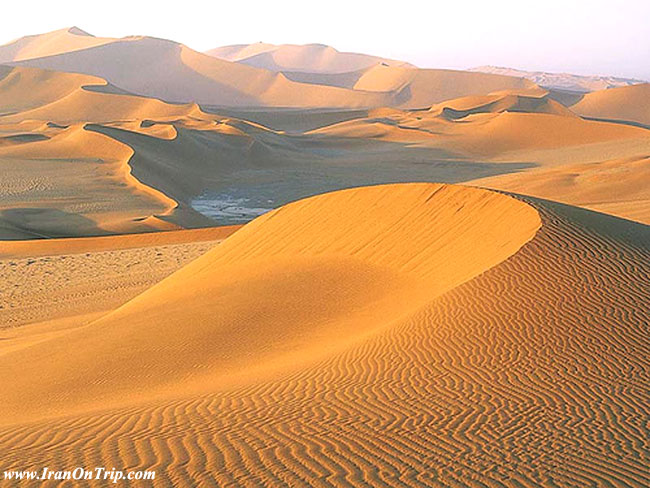 Lut Desert (the vicinity of Shahdad) - Kerman Province / Iran
The big desert of lut with the area of 5400 km2 is situated in the east and southeast of Iran .In a major part of this desert, there is no animal and vegetable life of any kind.The very beautiful and typical phenomena abound in this desert. This desert has a few universally unique specifications.
Lut desert Due to the rough environmental conditions and the limited facilities of life is almost deserted. Also, because of limited number of roads passing through, the problems and difficulties of urban development resulting from civil industrial activities do not face it and it is perfectly intact and virgin. Its natural and various phenomena have remained intact since far years and it is the only natural changes which lives their usual effect on this desert. 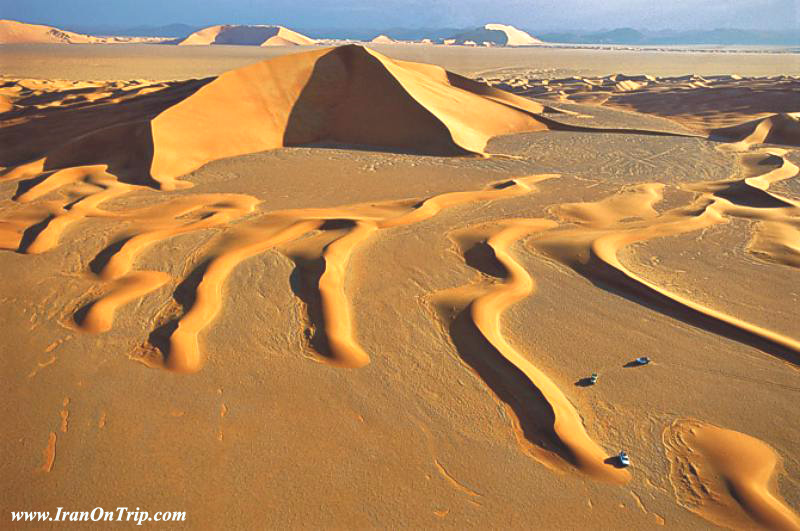 Iran's geography consists of a plateau surrounded by mountains and divided into drainage basins. Dasht-e Lut is one of the largest of these desert basins, 480 kilometers (300 mi) long and 320 kilometers wide, and is considered to be one of the virgin places on Earth.
The eastern part of Dasht-e Lut is a low plateau covered with salt flats. In contrast, the center has been sculpted by the wind into a series of parallel ridges and furrows, extending over 150 km and reaching 75 metres  in height. This area is also riddled with ravines and sinkholes. The southeast is a vast expanse of sand, like a Saharan erg, with dunes 300 metres high, among the tallest in the world.
Hottest land surface 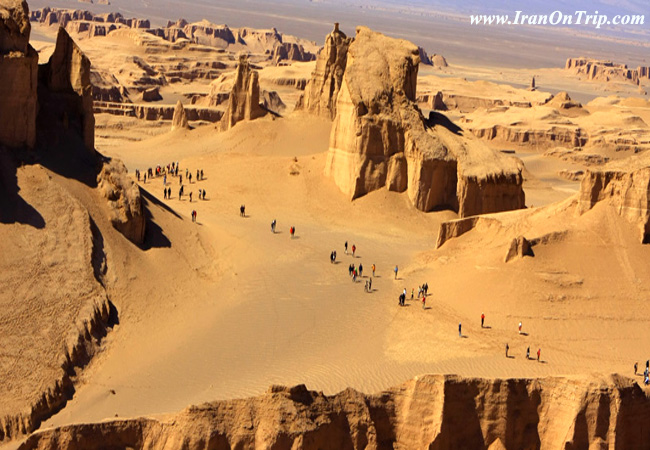 Measurements of MODIS (Moderate-Resolution Imaging Spectroradiometer) installed on NASA's satellite "Aqua" from 2003 to 2005 testify that the hottest land surface on Earth is located in Dasht-e Lut and land surface temperatures reach here 70.7 °C , though the air temperature is cooler.
The hottest part of Dasht-e Lut is Gandom Beryan, a large plateau covered in dark lava, approximately 480 square kilometres  in area.  According to a local legend, the name (in translation from Persian — "Toasted wheat") originates from an accident where a load of wheat was left in the desert and was eventually scorched by the heat in a few days.