E-Mail
I want to receive news on my email
Poll
What do you think of Iran on trip website?
Isfahan Shahshahan mausoleum 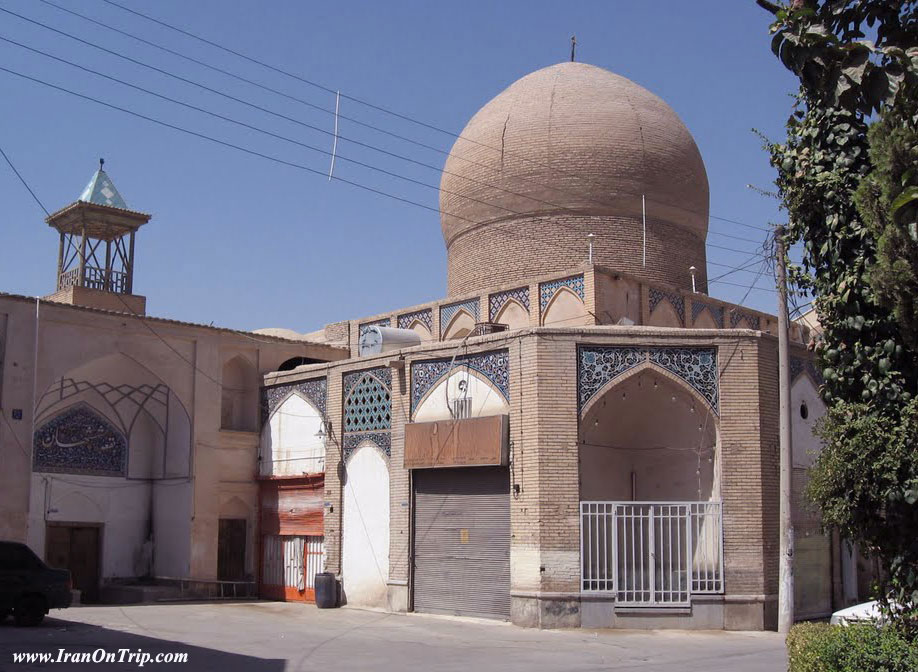 Shahshahan mausoleum (Persian: آرامگاه شهشهان‎) is a historical mausoleum in Isfahan, Iran. It is located beside Jameh mosque and is the burial place of a famous Sufi of Isfahan, Sheykh Alaeddin Mohammad. According to the date of Sheykh Alaeddin's death, which was in the December 1446, the mausoleum was built between 1446 and 1448. Inside and outside of the mausoleum is decorated by plasterwork and tiling. Its dome, which had been destroying in the recent years, has been rebuilt.

History
Sheykh Alaeddin Mohammad was highly respected by Sultan Muhammad bin Baysonqor, one of the Timur's grandsons and ruler of Fars and Arak. Sheykh Alaeddin lead a comfortable life, until Sultan Muhammad rebelled against his uncle Shahrukh Mirza and lost the war even before it began. Shahrukh Mirza got very angry and captured Isfahan. Sultan Muhammad escaped to Lorestan. Shahrukh Mirza, who couldn't get Sultan Muhammad, arrested his favorite men. One of these men was Sheykh Alaeddin. Shahrukh Mirza exiled Sheykh Alaeddin to Saveh. Instigated by his wife, Goharshad Khatun, Shahrukh Mirza called back Sheykh Alaeddin from Saveh after some time and convicted him to death. 80 days after the death of Sheykh Alaeddin, Shahrukh Mirza died. After the Shahrukh Mirza's death, his nephew, Sultan Muhammad bin Baysonqor got back to Isfahan and ordered to bury the Sheykh Alaeddin's body in the Khanqah he had preached in. He ordered also to build a marvellous mausoleum on his grave. Sheykh Alaeddin's children have been also buried in the mausoleum, but their grave stone has been destroyed during the pass of time and their names have been forgotten.
This is an important Timurid shrine which has been painstakingly and considerably repaired by the Departments of Antiquities in Isfahan (Miras Farhangi).Legend has it that the tomb was built by Muhammad bin-Baysunghur in memory of Sheikh 'Ala Al-Din Muhammad who in turn was descended from the third Imam of the Shi'ites, the grandson of the prophet, Al-Hussein. This Sheikh had been executed at the orders of Ghawar Shad, the wife of Timur's fourth son and successor, Shah Rukh, for supporting Muhammad's revolt. This atrocity and the consequent curse on Timur's line was said to have ended the life of Shah Rukh who died some two months later in 1447, following which Muhammad returned to Isfahan, and is credited with the erection of the shrine.
The shrine was recently used as a maternity hospital as noted in the lower of the two inscriptions over the door. The upper one records the work done by the Department of Antiquities in restoring the shrine. This is also a good opportunity to view the traditional door knockers. The circular one was considered to give a gentler tone and was intended for use by female visitors. This was a practical, rather than sexist distinction. The different tone meant that women inside the building did not need to cover themselves before answering the door.