E-Mail
I want to receive news on my email
Poll
What do you think of Iran on trip website?
Greater Tunb & Lesser Tunb 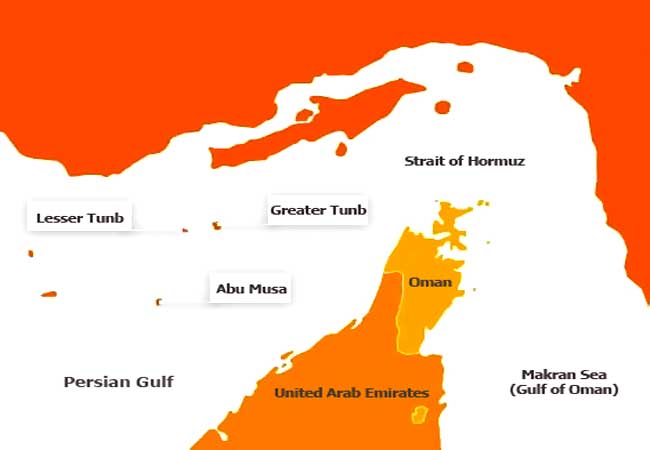 Greater Tunb and Lesser Tunb ( Tonb-e Bozorg and Tonb-e Kuchak, Tunb el-Kubra and Tunb el-Sughra) are two small islands in the eastern Persian Gulf, close to the Strait of Hormuz and are part of the Hormozgan province of Iran.
They are situated 12 kilometers from each other and 20 kilometers south of the Iranian island of Qeshm.
Greater Tunb has a surface of 10.3 km². It is known for its red soil. Lesser Tunb has a surface of 2 km² and is uninhabited with the exception of a small airfield, harbor, and entrenched Iranian military unit.
The toponymy of Tonb is in all likelihood of Persian origin. In the local Persian dialect(s) of southern Persia, the noun Tomb and Tonb, with its diminutive Tonbu or Tombu, as it applied to Lesser Tonb (Nāmiuh or Nābiuh Tonb), means “hill” or “low elevation”. The terms have the same meaning in the larger Dari Persian language system; this explains in part the traces of tonb and tonbu in the toponyms found in the Bushehr and Lengeh regions, some 300 miles (480 km) apart. There are other toponyms such as Tonb-e Seh in Tangestān and Tonbanu on Qeshm island.