E-Mail
I want to receive news on my email
Poll
What do you think of Iran on trip website?
Sultan Amir Ahmad Bathhouse Kashan -Isfahan 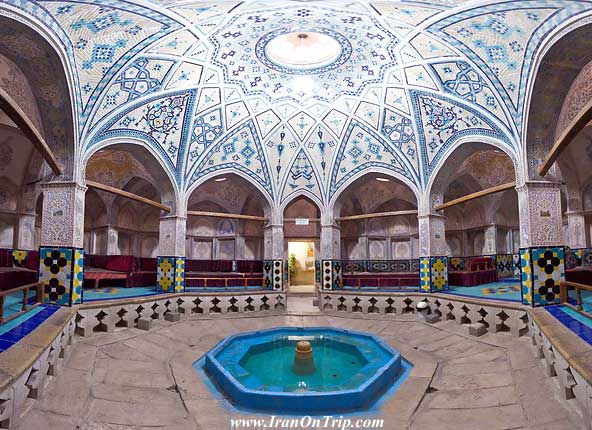 Sultan Amir Ahmad Bathhouse is a traditional public bathhouse in Kashan, Isfahan province. It is located on Sultan Amir Ahmad Street off Alavi Street.
Built during the Safavid era, the bathhouse suffered damage in 1778 as a result of an earthquake and was renovated during the Qajar era. It underwent restoration in 1996, Historical Iran reported. 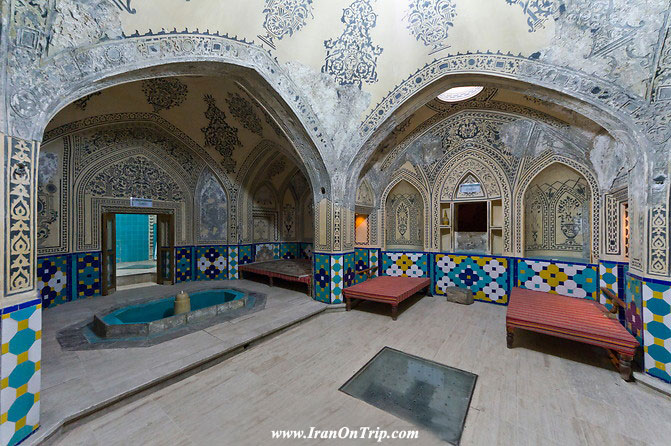 The bathhouse is named after Imamzadeh Sultan Amir Ahmad, whose mausoleum is located nearby.
With an area of approximately 1,000 square meters, the bathhouse consists of two main parts: the dressing hall (Sarbineh) and the hot bathing hall (Garmkhaneh).
Sarbineh is past the main entrance. It is a large octagonal hall with an octagonal pool in the middle, surrounded by eight pillars separating its outer sitting area. 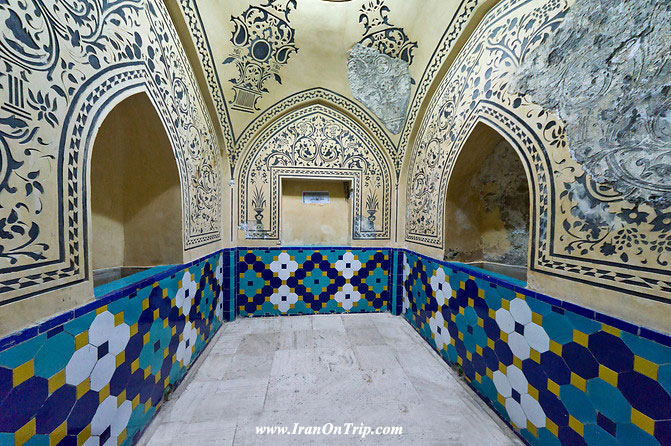 At the time of its construction, it was meant to not just improve cleanliness but rather as a place for rest, gatherings, discussions and even prayers.
There are benches surrounding the perimeter of Sarbineh elevated by a few steps above the central pool where visitors can lounge. Garmkhaneh is the main washing area with hot and cold pools and sitting areas.
There are four pillars in Garmkhaneh, which separate smaller, private bathrooms all around as well as the entrance to the main bathroom (Khazineh).
The interior of the bathhouse is decorated with turquoise and gold tilework, plasterwork, brickwork as well as artistic paintings. Most of the decorations of the bathhouse’s interior are in Sarbineh. 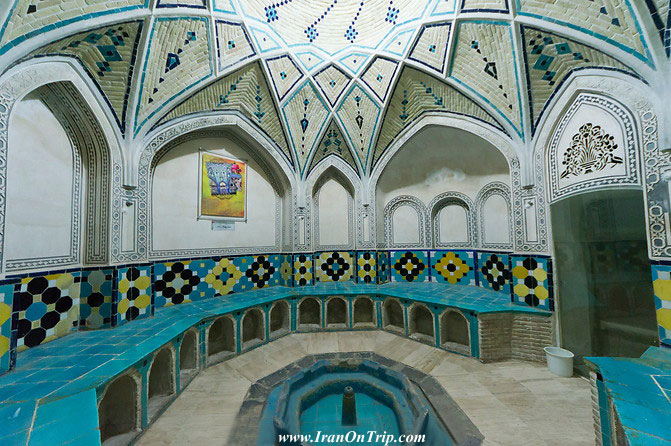 Its temperature is slightly warm to avoid a drastic temperature change when entering or exiting the facilities. The area connecting Sarbineh and Garmkhaneh was intentionally designed with multiple turns to minimize the exchange of heat and humidity between the two areas.
The roof of the bathhouse is made of multiple domes that contain convex glasses to provide sufficient lighting to the bathhouse while concealing it from the outside.
The bathhouse has other supporting areas as well, which were utilized for regulating the amount of water and its temperature.
In the past, the bathhouse was used as a traditional teahouse. Today, it serves as a museum.
In 1956, the Sultan Amir Ahmad Bathhouse was registered as a national heritage by Iran’s Cultural Heritage, Handicrafts and Tourism Department.