E-Mail
I want to receive news on my email
Poll
What do you think of Iran on trip website?
Historical Squares of Iran

Naqsh-e-Jahan Square among the Top 10 Public Squares of the World (by landarchs.com)
One of the world’s most beautiful squares, with a wonderful area of luscious green in the middle. Lined with shops, filled with cafes, with the great Shah Mosque to the north this square will leave you breathless. Its other name Naqah-e Jahan Square means ‘Image of the World Square’.This square is from the period of Shah Abbas I, and has a length of 500 m. from north to south, and its width being approximately 165 m. Surrounding this vicinity are the Abbasi Mosque and Sheikh Lotf Ol-lah Mosque, the Qaisarieh portal and the Ali Qapoo Edifice. During the reign of Shah Abbas I and his successors, this square was an area where festivities, polo, dramatics and military parades took place. Read more 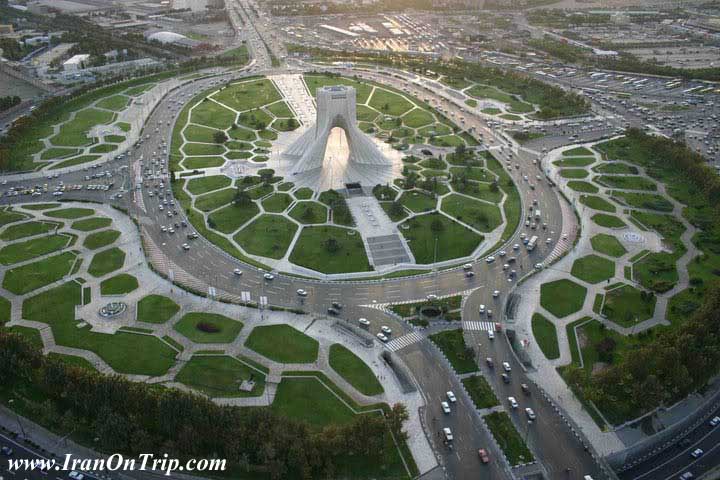 This structure was constructed in the year 1350 (1971), during the reign of Mohammad Reza Pahlavi in west of Tehran (at the entrance to Tehran - Karaj special Road) on a piece of land with an area of 50,000 sq. m. At the same time a museum had also been constructed in the same building. The basement of the tower encompasses 400 sq. m. and thetoweris 45 m. high from ground level.Tehran (Persian: تهران‎ Tehrān; pronounced [tehˈɾɒːn]), is the capital of Iran and Tehran Province. With a population of about 8,300,000 and about 14 million metropolitan area, it is Iran's largest city and In the 20th and 21st centuries, Tehran has been the subject to mass migration of people from all around Iran. The city is home to many historic mosques, churches, synagogues and Zoroastrian fire temples. Contemporary Tehran is a modern city featuring many structures, of which the Azadi (Freedom) Tower and the Milad Tower have come to be symbols of Tehran itself. Tehran is ranked 29th in the world by the population of its metropolitan area. Throughout Iran's history, the capital has been moved many times, and Tehran is the 32nd national capital of Iran although it has been Iran's capital for about 220 years. Persian is the city's native tongue, spoken by roughly 98% of the population.The majority of people in Tehran identify themselves as Persians. In pre-Islamic and early Islamic times, Tehran was called Ray (which in the Avesta occurs in the form of Ragha).

The name of a garden, public square, and complex of buildings in central Tehran, the main part of which presently forms the headquarters of an Islamic revolution militia, the Central Committee of the Islamic Revolution (Komita-ye Markazi-e Enqelab-e Eslami); the southern section houses the Majles library.
The site was originally the property of Moḥammad-Hasan Khan Sardar iravani and was purchased by Haji ʿAli Khan Eʿtemad-al-Saltana. Toward the end of his life (1293/1896), Mirza Ḥosayn Khan Mosir-al-Dawla Sepahsalar purchased the property, intending to construct a mansion, a mosque, and a grand madrasa on it.Read more 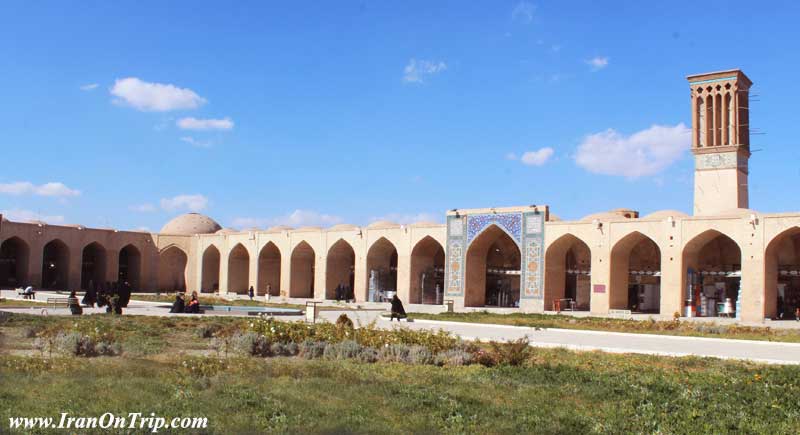 In ancient Iran, the squares of the cities were established near the governorships and were places for gatherings and ceremonies. The Ganjali square is ninety-nine meters by fifty-four meter, and Similar to  Naghsh-e Jahan Square in Isfahan and Mir Chakhmagh Square in Yazd , is surrounded by urban elements such as bazaars, Caravanserais and schools.